TechQuartier partnered up with Startup Genome in their research study to identify the key strengths of Frankfurt’s startup ecosystem. Many strengths, as well as areas of improvement, were identified, and the results are published in Startup Genome’s Frankfurt Ecosystem Report 2018. Three key subsectors were identified where the region has potential to build global competitiveness and economic value.

Frankfurt’s positioning as the European Union’s financial center provides the competitive edge to facilitate success and growth in fintech. A good majority of German and international banks in Frankfurt have launched programs specifically tailored towards the requirement of Insurtechs and Fintechs. 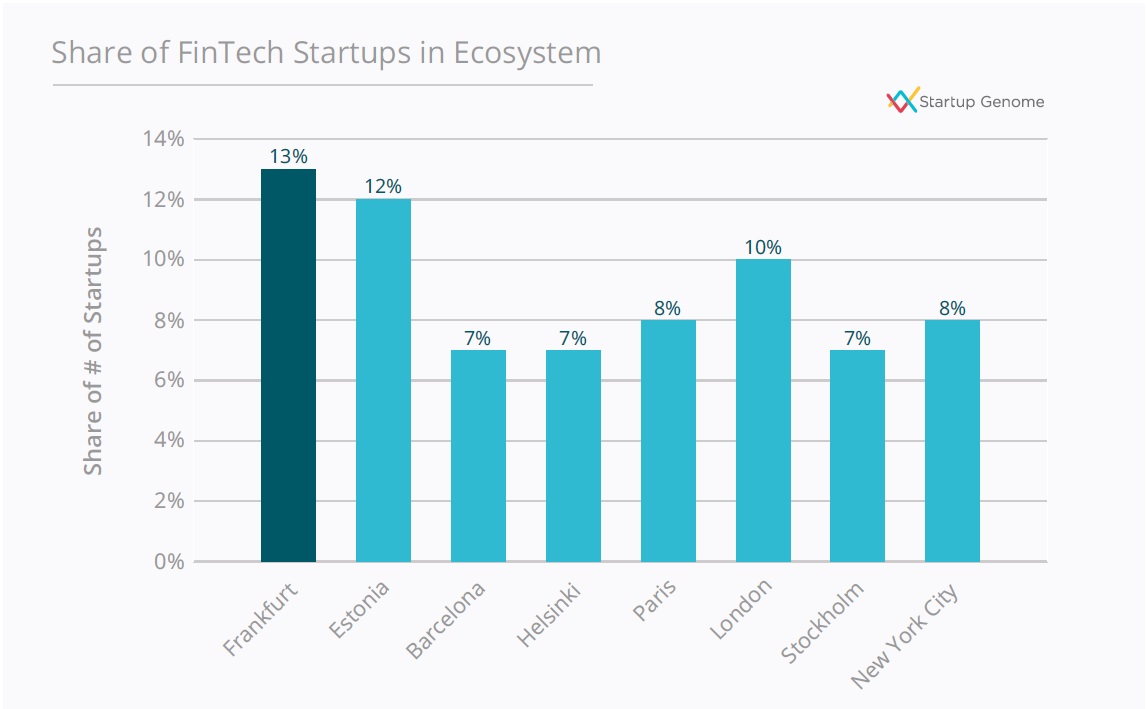 “What is special about the region is that there is a relatively high share of Fintechs that a) are B2B, and b) aim to take over only a part of the value chain, rather than disrupt the whole industry. […] When I look at our traditional house, a lot has changed over the last two years. The willingness to have conversations and discussions with Fintechs, seeking value in their ideas and suggestions, has increased significantly”

The following numbers from Startup Genome’s study show the relative importance and achievement of Fintech sub-sector in Frankfurt’s Startup Ecosystem.

According to the Genome Report, approximately, 8.5% of all startups in Frankfurt are in the Artificial Intelligence or Big Data & Analytics sub-sector. This sub-sector has captured about 13% of all local VC investments in the past five years. 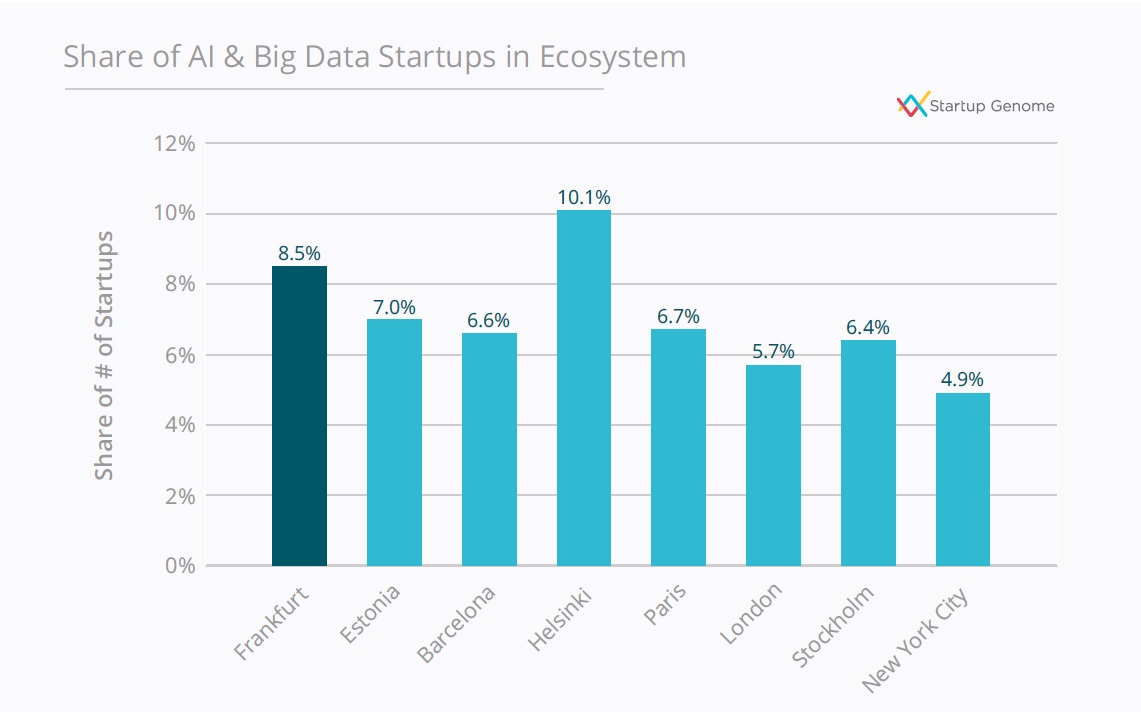 On a global scale, AI, Big Data & Analytics is classified as a Growth Sub-Sector. The growth of this sub-sector is mostly driven by the exponential rise of artificial intelligence startups. Despite being the fourth-largest sub-sector in the Genome study on Frankfurt’s ecosystem, AI Big Data & Analytics is experiencing more rapid growth in funding deals and exits than Fintech and Cybersecurity. A possible reason behind this phenomenon is attributed to the fact that this sub-sector is powering growth in many other areas.

Input and talent to this sub-sector are fetched by local universities running specific programs related to AI, Big Data & Analytics.

Considering Fintech, AI and Big Data, Cybersecurity is not as large and is currently in the launch phase.

According to Accenture’s High-Performance Security Report of 2016, there are around 85 targeted breach attempts on financial institutions every year. Roughly, there is one attempt every four days. The report also predicted that one-third of all these attempts will be successful. 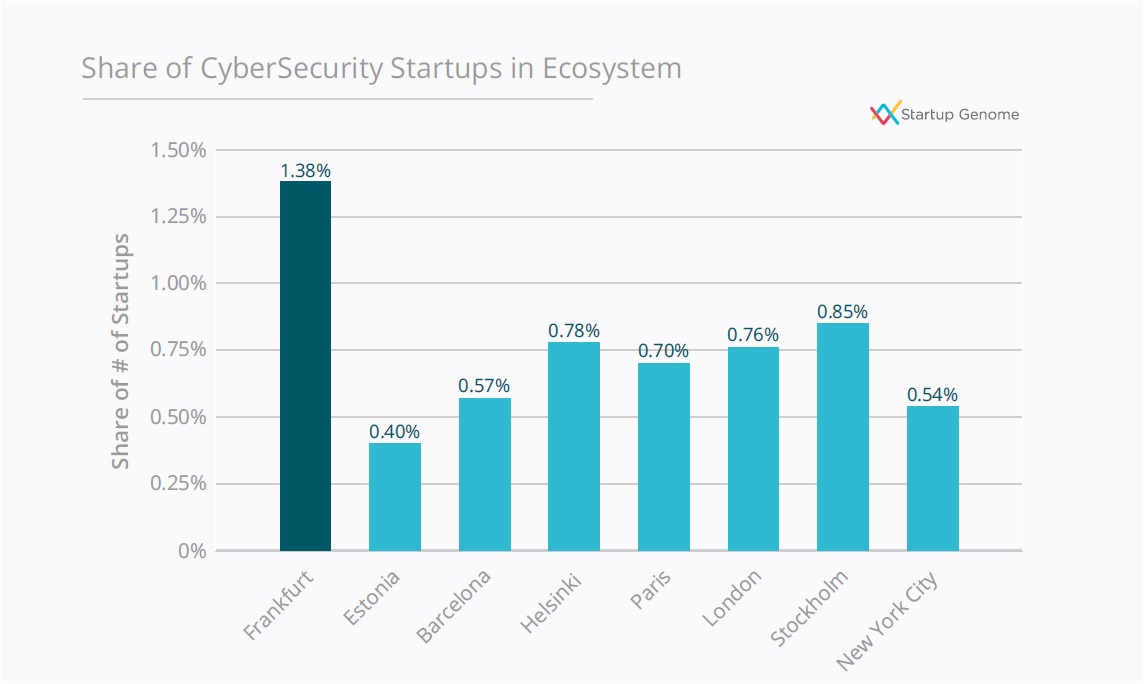 To have secure financial structure is a necessity for a city like Frankfurt.  The Genome Report classified Cybersecurity as a “mature” sub-sector that is still growing in terms of startup formation and funding. However, it is still not on the road towards high growth.